Showing posts from January, 2016
Show All

Part one appeared last summer, and consists of Luis Eduardo García’s Spanish translation of two of my pieces followed by my versions in English of some poems by Luis Eduardo. Part two was published earlier this month, and comprises Xitlalitl Rodríguez Mendoza's translation of a poem by Alan Jude Moore, and Catherine Walsh's versions of several shorts by Laura Solórzano.

Thanks to John Z. Komurki and Tim MacGabhann of Mexico City Lit for their interest in our project & book. There are some copies of Centrifugal still available from Books Upstairs and The Winding Stair bookshops in Dublin.
Post a comment
Read more 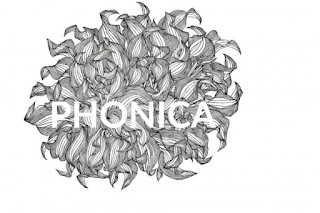 Phonica is a new Dublin-based poetry and music venture with an emphasis on multiformity and the experimental. Conceived, curated and hosted by Christodoulos Makris and Olesya Zdorovetska, it aims to provide an outlet for the exploration and presentation of new ideas, a space where practitioners from different artforms can converse, and an environment conducive to collaborative enterprise and improvisation.

Phonica: One takes place on Wednesday 20 January 2016 in Jack Nealons (165 Capel Street, Dublin 1) where the curators will be joined by Linda Buckley, Nick Roth, Sue Rainsford and Maurice Scully. Admission is free and start time is 8pm. All welcome.

Linda Buckley is a composer from the Old Head of Kinsale currently based in Dublin. Her music has been described as “exquisite” (Gramophone) “strange and beautiful” (Boston Globe), “glacially majestic” (RTÉ Ten) with “an exciting body of work that marks her out as a leading figure in the younger generation of Irish composers working in the…
Post a comment
Read more

January 05, 2016
Billy Mills is a poet, editor and publisher currently based in Limerick. A contributor to The Guardian, he also frequently reviews books on various publications as well as on his blog Elliptical Movements - where in a post titled 'Poets Abroad' he recently considered The Architecture of Chance alongside books by Robert Peake and Lucy Furlong.

Mills notes the shift in compositional emphasis between Spitting Out the Mother Tongue ("on the basis of his previous book ... he is [also] one of the most interesting of the younger Irish poets of the moment") and The Architecture of Chance, but is ambivalent about the more conceptual or process-based elements in the book, while conceding that "it is gratifying to see younger poets in Ireland who are willing to take the risk of experimentation in this area". Concluding, with the resulting texts as the focus of his consideration, that some of the "procedural" poems work better than others, he moves on to obse…
Post a comment
Read more
More posts
ABOUT