Phonica is a Dublin-based performance series rooted in Word and Sound with an emphasis on multiformity and the experimental. Conceived, directed, programmed and hosted since January 2016 by Christodoulos Makris and Olesya Zdorovetska, Phonica aims to explore compositional and performative ideas and to encourage a melting pot of audiences and artists from across artforms and borders.


Such a lyfli night of different processes Thanks you @c_makris for curating a very different space for the arts in Dublin. A GEM! https://t.co/3bRvN30get
— Nerys Williams (@archifsain) December 7, 2017

Article by Christodoulos Makris in The Irish Times ahead of Phonica: Eight (26 March 2018)

photos | review on Boundless and Bare 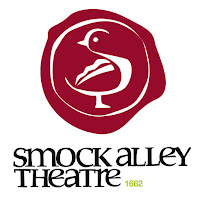